HISTORY OF THE CHOCOLATE BAR

The Chocolate Bar didn’t really start with chocolate; in fact, chocolate making was never part of the plan. Instead, in 2008 Mark and Maren moved to the Forest of Dean with their two children to work in Taurus Craft’s residential project, where they would be supporting adults with learning difficulties.

They soon became more involved in the enterprise than they had ever anticipated, providing tea cakes to the Taurus restaurant, and using their skills in cooking to help run a series of Seasonal Table events. This was their first venture into providing food for the public, but it certainly wasn’t their last, and when Taurus found itself in absence of a chocolate shop, someone thought to ask: ‘can you make chocolate?’ The answer was no, but they could definitely learn! A few weeks later Mark and Maren found themselves selling chocolates in a little corner of Taurus Crafts gift shop. It was not yet called The Chocolate Bar and not yet with a shop of their own, nor did it have the vast array of chocolate flavours and cakes that they produce today, but they were somehow, without intention, chocolatiers.

In the same way that the Chocolate Bar didn’t start with chocolate, it hasn’t ended with it either. Over the years Mark and Maren have provided cakes and other baked goods to Taurus Crafts’ restaurant, and expanded their own products to include authentic Danish Pastries; Caribbean Rum Cake; Meringue Cake and Doughnuts. All of these delicious goods are made in the on-site kitchen situated below their small shop.

The Chocolate Bar has become the perfect place for people to come, browse a recipe book or two, and enjoy their tea, coffee or hot chocolate with a slice of cake or a selection of chocolates. The Chocolate Bar is committed to proving good food and a friendly experience to all visitors. It is also a great place to expand your chocolate knowledge by attending one of the chocolate making activities. In school holidays, The Chocolate Bar runs several children’s chocolate making activities, and adults chocolate truffle making workshops are available to book throughout the year. They have previously catered for birthdays, hen parties, or simply provided a fun day for people who just want to have a go. 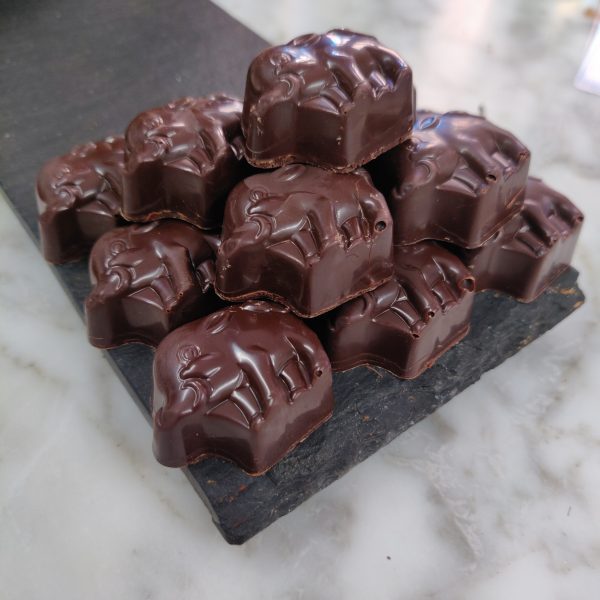 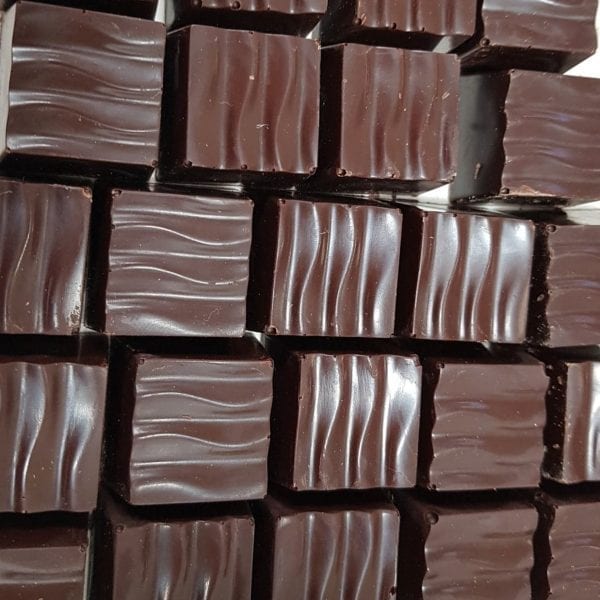 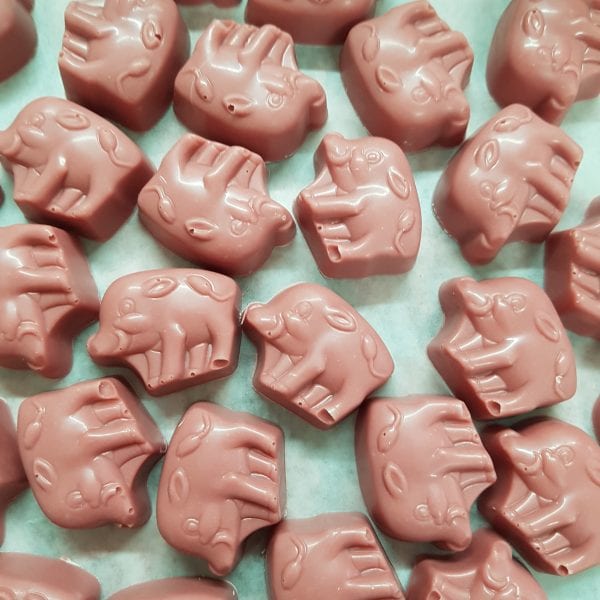 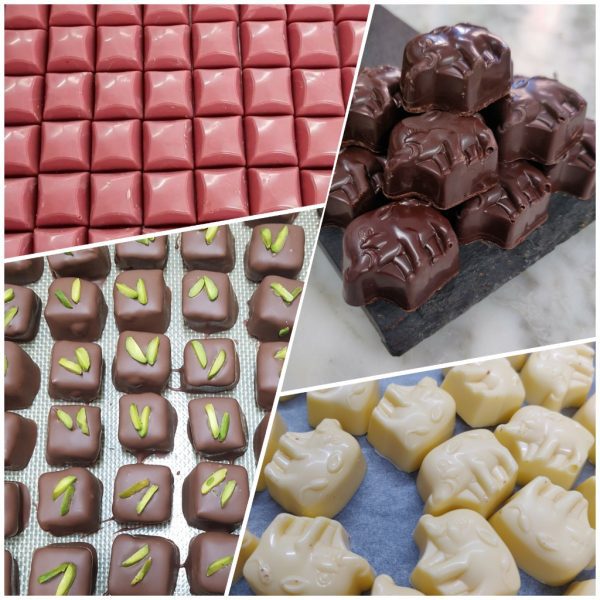 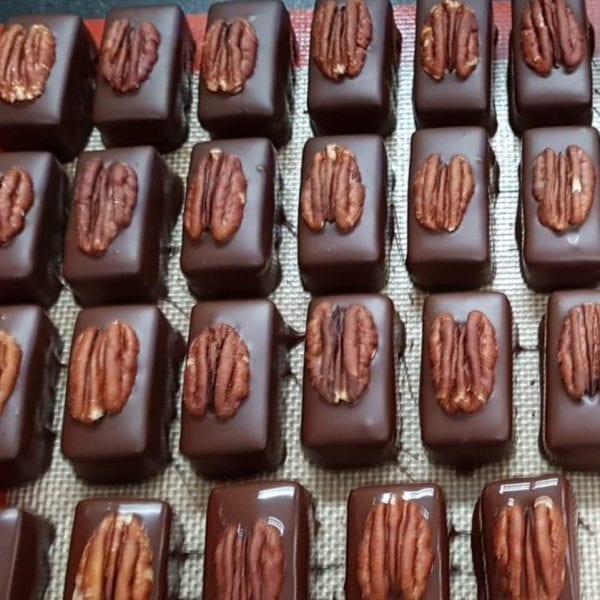 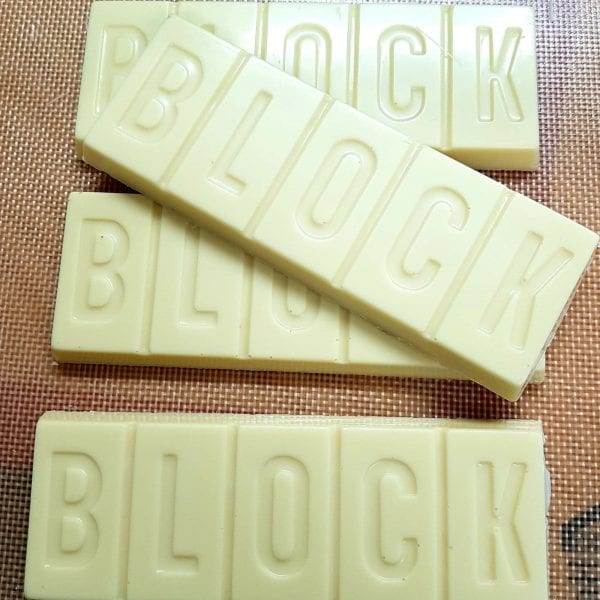 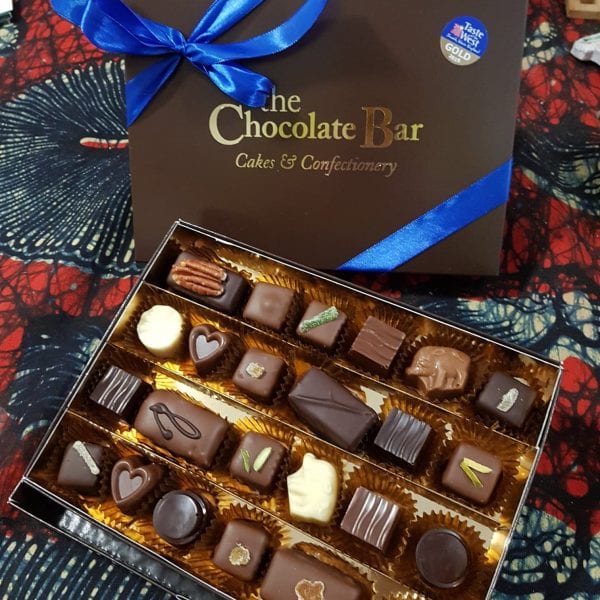 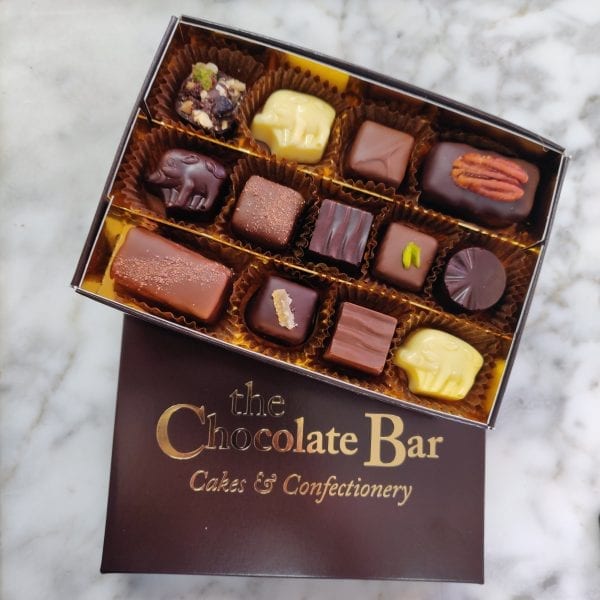 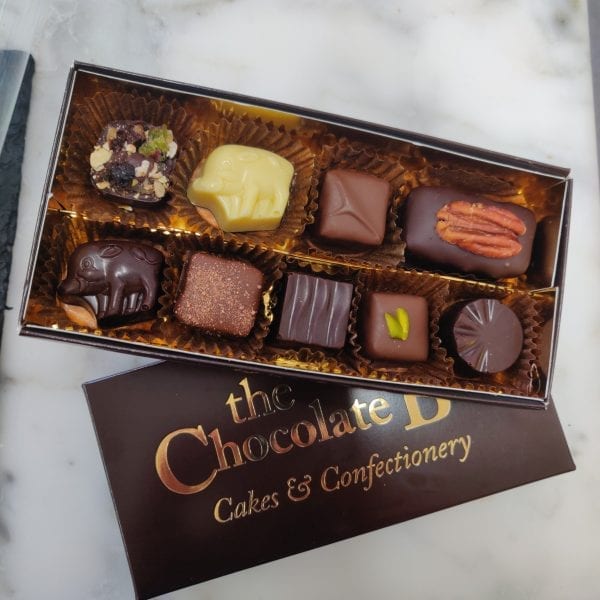 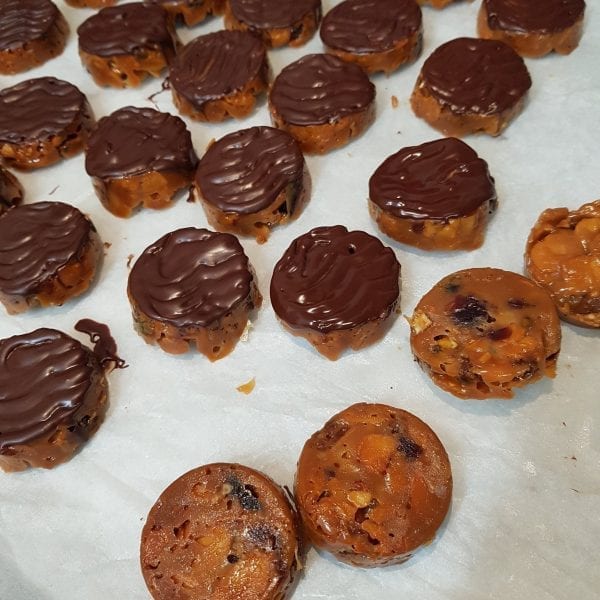 Mark, though born in London, spent much of his childhood in Barbados, and has lived in Ireland and Devon where his work in dairy farming on a small scale led to an interest in cheese making. He moved to the Forest of Dean in January 2008 to work in Taurus Craft’s residential project as a support worker, as he has for over twenty five years. He maintains this position, enjoying teaching people new, useful skills to promote their independence whilst he splits his time between working in support and running the Chocolate Bar.

Mark is enthusiastic about experimenting with old and new cooking techniques and creating chocolate flavours. He is responsible for baking cakes, bread and pastries, and for making the various different fillings for the chocolates.

Maren is responsible for baking cakes and pastries, and does the majority of the decorating involved in their creations. This involves dipping and topping chocolate ganache, and filling and decorating the various cakes they have on offer.

‘What we want to sell is a product that makes you say ‘wow’; and that tastes like what we say it tastes like. We create flavours that have a story, and most importantly, flavours that taste good! Our ideas are based on known flavour combinations and cooking techniques, for example, all the caramels made in The Chocolate bar are cooked based on a description of the way caramels were traditionally cooked in France in the 1600’s. The Warm Milk and Honey chocolate also has its roots in known flavours, it is a well-known combination, but we were inspired to use those flavours in a chocolate by our days visiting Buckfast Abbey in Devon with our children.’

Raspberry and Chilli was first conceived as an ice-cream that Maren read about twenty years ago in a newspaper. After sticking with her through all those years it has now been reimagined as a fantastic chocolate; a fruity alternative to the well loved phenomenon of chilli chocolate.

Gorgeous Guava may well be Barbados in a chocolate and was one of the first chocolate flavours made by the Chocolate Bar.

Greenland Coffee is an adaptation of a cocktail recipe from Mark and Maren’s sometimes-tour-guide brother in law, revealed late in the evening of his birthday celebrations. It involves whiskey for the ‘strong Greenland man’; Kahlua for the ‘mysterious Greenland woman’; whipped cream, signifying the icebergs; and finally triple-sec, set alight, and poured into the coffee for the northern lights…. all wrapped up in a ganache, and decorated with the shining colours of the aurora.

Our meringue cake is somewhat of a true secret recipe, revealed only to Maren’s grandmother by a little lady from Greenland.

The trickiest bit, in a way, is satisfying everyone; a good example of this is the peanut butter and jelly chocolate bar. Whilst some people love this flavour, others seem offended by the idea! Maybe it’s the general animosity to supposedly American inventions, maybe people just don’t like peanut butter, but something about this flavour just divides opinions. But Mark grew up with it, and we both like it.

Something we did struggle with in the beginning is making hard chocolate bars. Making chocolate bars is a relatively simple affair; you temper the chocolate, add your flavours, pour it in the moulds and then set in a cold environment, and yet it took us some time to get right. It seems so simple now, and we offer a large selection of chocolate bars, as well as chocolate mice and other animals, and it has allowed us to successfully run our children’s chocolate making activity.’

All the chocolates and sweets are made on site in our small shop at Taurus Crafts, Forest of Dean. If you come to visit, you may see chocolate making in progress.